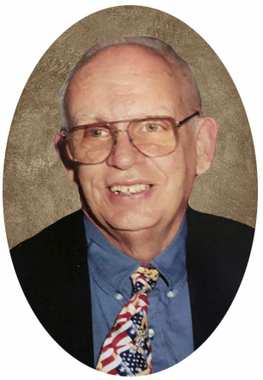 Back to Albert H.'s story

Albert H. Evans, Jr., age 84, of Jewell Lane, Morehead, passed away Wednesday, January 22, 2020, at St. Joseph Hospital in Mt. Sterling.
Born May 31, 1935, in the Panama Canal Zone, he was the son of the late Albert H. Evans, Sr., and Sophia Last Evans. In addition to his parents, Al was preceded in death by his wife of 37 years, Mary Kay Blair Evans, who preceded him in death on April 2, 2002.
He is survived by two sons, Alan (Stephanie) Evans of Morehead and Brian (Robyn) Evans; one granddaughter, Audrey Evans; three grandsons; and one sister.
Al proudly served his country in the U.S. Army. He received the B.S degree from Tennessee Tech and the Master of Library Science Degree from the University of Kentucky. Al served as librarian at the Camden-Carroll Library at Morehead State University from 1972 until he retired in 1997. Prior to locating in Morehead, he owned and operated a hardware store and was a long-time carrier for the Courier-Journal. Al was a baseball enthusiast and enjoyed his rescue dachshunds.
A visitation for family and friends will be held Saturday, February 1, 2020, from 11 a.m. to 1 p.m. at Northcutt & Son Home for Funerals. Graveside service will follow at Lee Cemetery with full military honors presented by Morehead American Legion Post 126.
In lieu of flowers, memorial contributions may be made to S.T.A.R. (Saving the Animals of Rowan) P. O. Box 454, Morehead, KY 40351.
Northcutt & Son Home for Funerals, 400 Fraley Drive, Morehead, KY 40351 is caring for arrangements.
Sign guestbook at www.northcuttandson.com
Published on January 28, 2020
To plant a tree in memory of Albert H. Evans, Jr., please visit Tribute Store.

Plant a tree in memory
of Albert H.

A place to share condolences and memories.
The guestbook expires on April 27, 2020.