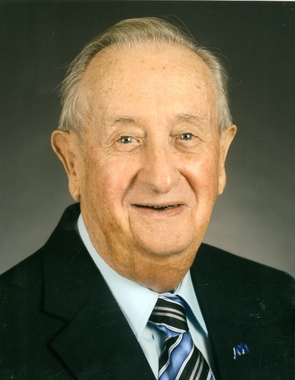 Back to Dr. Jack's story

On Sunday, December 1st, as he was surrounded by his loving family, the Lord called Dr. Jack D. Ellis home. He was born January 10, 1927 in Morehead, Kentucky, in a small house behind the current St. Claire C.H.E.R. building. He was the only child of the late Dorothy Williams Ellis and Lon B. Ellis.
Jack is survived by his four children, Jackie Lynn (Roger) Russell, John Jay (Debbie) Ellis, Jean Marie Hurst, and Dr. Jeffrey Lee Ellis. He was the proud grandfather to Todd (Lisa) and Brad "BJ" Russell; Jason (Sara), Jared (Beth) Ellis, Lindsay (Laken) Johnson; Adam (Giselle) and Chris (Melissa) Thomas; Nicholas, Matthew, Tucker, and Jack Roman Ellis; Dr. Gretchen (Geoffrey) Sutton and Scott Hurst. In his final years, his greatest joys were his great-grandchildren: Jacob, Holden, Breelan, Stella, Jay, JW, Braylee, Annie, Cora, Jackson, and Macy. He was awaiting his twelfth great-grandchild in May, Camila Marie.
In addition to his parents, Jack was preceded in death by his daughter-in-law Dr. Laura Ellis and son-in-law Michael Hurst.
He married the love of his life, Janis Ruth Caudill Ellis on November 17, 1949. They spent sixty-nine years together until Janis's death parted them on February 24th, 2019. Their family finds comfort in knowing they are finally celebrating their 70th wedding anniversary together in heaven.
After attending Breckinridge for 1st-10th grades, Jack transferred to Morehead High School and graduated in 1944. He holds degrees from Morehead State University, Vanderbilt University, and the University of Southern Mississippi.
Upon graduation from high school, Jack enlisted in the Army Air Corps. Because he was only 17, he had to have parent permission to enlist. Fearing for the safety of his only child, his father refused; however, Jack convinced his mother to sign on his behalf. He served in Europe as a member of the 32nd Troop Carrier Squadron. At the end of World War II, he returned to Morehead in 1946.
Dr. Ellis was the first Bookmobile librarian in Rowan County. It served 42 one and two-room rural schools as well as Haldeman, Elliottville, Farmers, and Clearfield. He was also the first Public Librarian in Rowan County (1952-57).
In 1958, Jack and his family moved to St. Petersburg, Florida where he was employed as Librarian/Audio-visual supervisor for Pinellas County Florida. During this time, he happily adopted the nickname "Ellis from Pinellas." Later he became an Educational Consultant with Coronet Educational films for the state of Florida.
In 1968, he accepted the position of Director of Libraries at MSU. It was at that time he began pastoring small Methodist Churches in the region. He pastored in seven small churches in four counties in Eastern KY until 1997.
Realizing that Rowan County needed more information about local history, he started writing weekly columns in the Morehead News called "Morehead Memories - People and Places." During this time, Dr. Ellis wrote 5 books published by the Jesse Stuart Foundation in Ashland, KY. He was recognized as a local historian.
Dr. Ellis continued to serve in the ministry as a volunteer chaplain at St. Claire Regional Medical Center until he was 80. He was frequently called to officiate at funerals especially for WWII veterans.
Jack was a lifetime member of Phi Kappa Phi, American Library Association, and Veterans of Foreign Wars. He was a charter member of the WWII museum in New Orleans. He served on the KY Libraries and Archives Commission for 34 years.
In 2006, he received the Ora Cline Award from the Morehead-Rowan County Chamber of Commerce. In 2010, he was awarded the MSU Founders Award for community service.
As a charter member of the Rowan County Veterans Association, Dr. Ellis was active in helping build the "Wall of Honor" in Freedom Park on Main Street in Morehead.
While Dr. Ellis considered some of his greatest accomplishments overseeing the building of the Library Tower at MSU and serving the seven churches he pastored during his career, he was most proud of his family and his wonderful wife.
He will be greatly missed by his family, his loving caretakers, and his many lifelong friends. His was truly a life well lived.
Jack's family would like to thank Saint Claire Hospice for their exceptional care in the final days of his life.
In lieu of flowers, memorial contributions are suggested to the Corbie Ellington American Legion Post #126, P. O. Box 58, Morehead, KY 40351 or the Morehead United Methodist Church, 227 W. Main Street, Morehead, KY 40351.
Funeral services will be conducted at 1:00 P.M. Thursday, December 5, 2019 in the chapel of the Michael R. Gray Funeral Home in Morehead with Rev. Drew McNeill officiating.
Burial with full military honors by the Corbie Ellington American Legion Post No. 126 will follow in the Lee Cemetery.
Visitation is after 11:00 A.M. Thursday at the funeral home.
Pallbearers will be Todd Russell, B. J. Russell, Adam Thomas, Jason Ellis, Jared Ellis, Nick Ellis, Matthew Ellis and Tucker Ellis.
The Michael R. Gray Funeral Home in Morehead is caring for all arrangements.
To view the online memorial and sign the guest book, please visit www.mrgrayfh.com.
Published on December 3, 2019
To plant a tree in memory of Dr. Jack D. Ellis, please visit Tribute Store.

Plant a tree in memory
of Dr. Jack

A place to share condolences and memories.
The guestbook expires on March 02, 2020.

Restore the guestbook to view the 2 more posts by family and friends, and share a memory or message of condolence of your own. 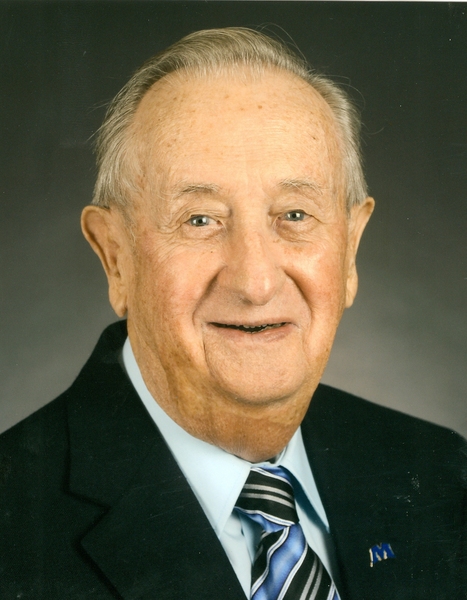