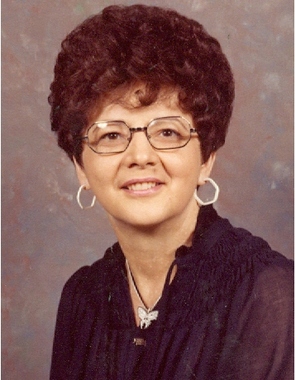 Back to Joyce's story

Joyce E. McClain, 88, of Morehead, passed away Monday evening, December 9, 2019 at her home.
She was born on December 10, 1930 in Richmond, Kentucky, a daughter of the late William Thomas McClain and Gladys Calvert McClain.
Joyce was a retired secretary having worked at the Kentucky Farm Bureau Insurance Claims Office for 42 years.
She was of the Free Will Baptist Faith; however, she attended several area churches.
Joyce was very involved in music ministry and had previously been the Choir Director at the Free Will Baptist Church.
She enjoyed music, singing, playing the piano and she loved to dance.
In addition to her parents, she was preceded in death by one brother, John William ("Billy") McClain, one sister, Arlene Flannery and nephew, Scott McClain.
Survivors include nephews, Jerry Flannery and Bev McClain, niece, Joyce Perkins, special friend, Glenda Pettit, life-long friend, Gerri Cox and several great-nieces, great-nephews, other relatives and friends.
Funeral services were conducted at 1:00 P.M. Thursday, December 12, 2019 in the chapel of the Michael R. Gray Funeral Home in Morehead with Rev. Eddie Dennison and Rev. Rick Stone officiating.
Entombment was in the Forest Lawn Memorial Gardens Mausoleum.
Visitation was after 6:00 P.M. Wednesday at the funeral home.
Pallbearers were Jeff Flannery, Scott Flannery, Tyler Wages, Dalton Crockett, Jerry Perkins and Cannon Vice.
Honorary pallbearers were Tommy Adams, Harry Sparks, Dean Tiller, Dwain Ginter, John King, Jeff Caudill and Lloyd ("Buster") Anderson
Contributions are suggested to St. Claire Hospice, 222 Medical Circle, Morehead, KY 40351 or The Gideons International, P. O. Box 614, Morehead, KY 40351.
To view the online memorial and sign the guest book, please visit www.mrgrayfh.com.
Published on December 13, 2019
To plant a tree in memory of Joyce E. McClain, please visit Tribute Store.

Plant a tree in memory
of Joyce

A place to share condolences and memories.
The guestbook expires on March 12, 2020.