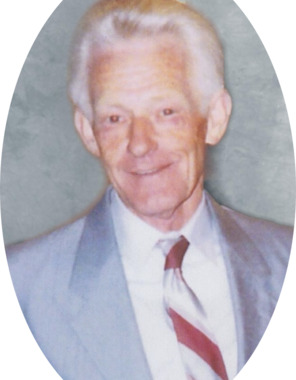 Back to Robert's story

Robert Lee Potts, age 88, of Skaggs Road, Morehead, passed away Monday, December 30, 2019, at St. Claire HealthCare in Morehead.
Born October 26, 1931, in Blairsville, Georgia, he was a son of the late Arthur and Adele Thomas Potts. Besides his parents, he was preceded in death by his wife, Hazel Barker Potts, whom he married February 14, 1953, and passed away on May 15, 2014, three brothers, and two sisters.
Robert is survived by two sons, Roger Potts (Anita) of East Point, Michigan, and Michael Potts of Maysville; two grandsons, Robert Lee Potts, II (Kara) and Christopher Potts (Beth); and seven great grandchildren, Ian, Garrett, Lydia, Calvin, Jubilee, Oliver, and Josephine Potts.
Other survivors include one sister, Christine Tate of Blairsville, Georgia; one brother, Winston Potts of Jesup, Georgia; several nieces and nephews; and many friends.
Robert retired from General Motors in Detroit, Michigan, and also worked for Detroit Transmissions for several years. He served in U.S. Army during the Korea War. Robert attended Morehead United Methodist Church and enjoyed going out to eat, especially at Greene's Restaurant in Salt Lick.
Funeral services will be conducted 2 p.m. Sunday, January 5, 2020, at Northcutt & Son Home for Funerals Memorial Chapel with the Rev. Aaron Mansfield officiating. Burial will follow in New Sill Cemetery. Morehead American Legion Post No. 126 will provide full military honors and serve as pallbearers.
Visitation will be from 6 p.m. to 8 p.m. Saturday, January 4, 2019, at Northcutt & Son Home for Funerals, 400 Fraley Drive, Morehead, KY 40351.
View or sign guestbook at www.northcuttandson.com
Published on January 6, 2020
To send flowers to the family of Robert Lee Potts, please visit Tribute Store.

Send flowers
in memory of Robert

A place to share condolences and memories.
The guestbook expires on April 05, 2020.