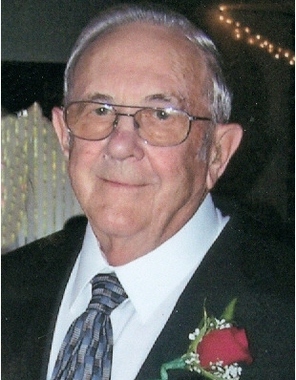 Back to Walter's story

Walter Burnice Cox (Bun, Rabbit) passed peacefully at home on Friday, January 24, 2020 in Hillsboro, KY at the age of 91.
Walter is survived by his bride of 68 years Betty Lou Sesco Cox of Hillsboro, KY; his children: Gregory Cox (Sherry) of Hillsboro, KY; Kathy Cox Gray (Warren) of Beavercreek, OH; and Stephanie Cox Smith (Chris) of Beavercreek, OH.; his grandchildren: April Cox Curtis (Dewayne) of Hillsboro, KY; Travis Huddleston of Columbus, OH; Christopher Gray (Valleri) of Beavercreek, OH; Miranda Gray Russell of Beavercreek, OH; Christopher Smith (Bailey) of Franklin, OH; Norman Smith of Waynesville, OH; and Tiffany Seaton of Louisville, KY; his sibling: Elbert Cox of Hillsboro, KY; 11 great-grandchildren and 6 great-great-grandchildren.
He was preceded in death by his parents: Walter and Lou Ada Parish Cox; his son: Jeffrey Cox; his grandson: Ryan Seaton; and his siblings: 6 brothers and 3 sisters.
Walter was born on November 7, 1928 in Hillsboro, Ky. He married Betty Lou Sesco in 1951. The couple successfully raised four children together. He taught them kindness, patience, humbleness, selflessness and also construction, fishing and hunting. His children, grandchildren, great-grandchildren and great-great-grandchildren all always loved sitting on his lap and receiving big hugs from him.
Walter was an Army veteran of the Korean War. He served his country with pride. After moving to Dayton, OH, he began working as a carpenter. After several years, he, along with his two brothers, Oral and Don, began a very successful construction company creating beautiful homes in Beavercreek, OH. He retired to his hometown of Hillsboro, KY in 1981. He was an accomplished master carpenter with his specialty being finish wood working. He often made furniture, cabinets, shelves, and other treasures for his family and friends. He was a quiet soul who demonstrated his faith in his every day dealing with family and friends. He dearly loved his family and sacrificed greatly for them. He attended Sharkey Freewill Baptist Church. He enjoyed camping, fishing, boating and rabbit hunting. He was loved by all and will be sorely missed.
Visitation is scheduled for Monday, February 3, 2020 from 5:00 P.M. to 7:00 P.M. at the Michael R. Gray Funeral Home in Morehead (located at 808 Old Flemingsburg Road, Morehead, KY 40351).
A funeral is scheduled for Tuesday, February 4, 2020 at 2:00 P.M. in the chapel of the Michael R. Gray Funeral Home in Morehead with Pastor Harley Sexton, Jr. officiating the ceremony.
Burial with a grave side service and full military honors by the Corbie Ellington American Legion Post No. 126 will be at Little Mary Church Graveyard located on Maxey Flat Road in Hillsboro, KY, reception to follow at Sharkey Freewill Baptist Church Fellowship Hall located at 2555 Sharkey Road, Morehead, KY 40351.
Pallbearers will be Dewayne Curtis, Christopher Gray, Travis Huddleston, Matthew Cox, Steven Cox, Christopher Smith, Buddy Rison and Donald Rison.
All are welcome to attend and celebrate Walter's life.
His wife and children would like to thank Walter's beloved granddaughter, April Cox Curtis, for her many years of loving devotion and commitment to his care
The Michael R. Gray Funeral Home in Morehead is caring for all arrangements.
To view the online memorial and sign the guest book, please visit www.mrgrayfh.com.
Published on January 28, 2020
To plant a tree in memory of Walter Burnice ("Bun" "Rabbit") Cox, please visit Tribute Store.

Plant a tree in memory
of Walter

A place to share condolences and memories.
The guestbook expires on April 27, 2020. 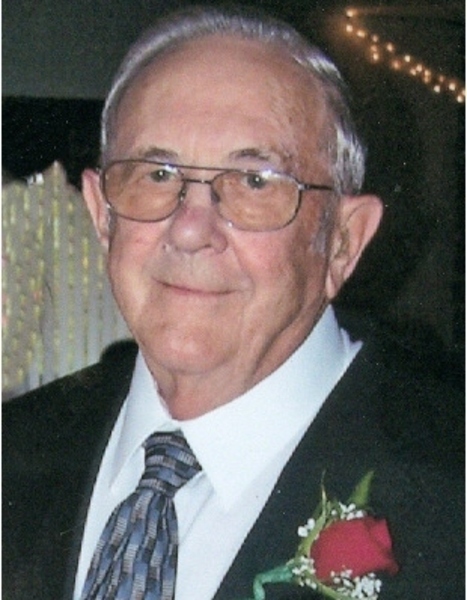